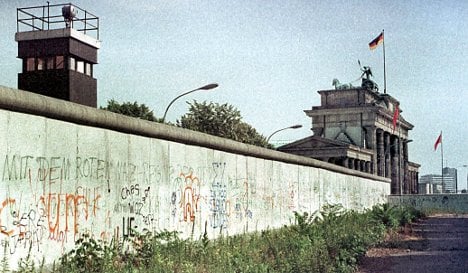 Initiated by the Brandenburg Technical University in Cottbus, the project documents the entire length of the once fearsome 155-kilometre long Cold War barrier with photos and information linked to an online map.

Prof. Leo Schmidt from the university’s historical preservation department said the website is meant to counter the widespread notion there was almost nothing of the Wall left two decades after it fell. The concrete, barbed wire and tank traps might be gone, but many seemingly inconspicuous parts of the barrier remain to this day.

The exhaustive project has taken several years to document more than 1,000 objects related to the formerly well-guarded border, including actual pieces of the Wall, streetlamps, command posts, patrol routes, barracks and other facilities for troops.

The website’s information is only in German, but its interactive map offers an unprecedented glimpse at the barrier used to enclose West Berlin from 1961 to 1989.