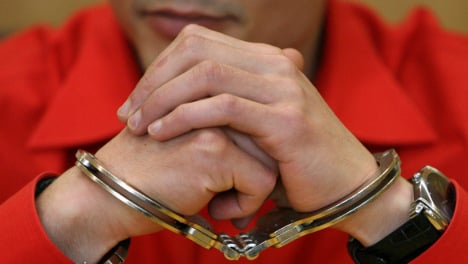 Last year 874,700 people were sentenced by German courts for felony or misdemeanour offences – but seven out of 10 were able to “avoid a prison sentence through a successful probationary period,” according to a report released last week by the Federal Statistics Office (Destatis). There were also three percent fewer convictions compared to 2007.

While the figures would seem to paint a picture of a Teutonic justice system gone limp, the director of the Criminological Research Institute of Lower Saxony, Dr. Christian Pfeiffer, said keeping criminals out of jail is more successful than the alternative.

“The judges know exactly what they are doing and they’re working towards prevention,” Pfeiffer, who is also the former Lower Saxony justice minister, told The Local. “This isn’t lenient, it’s rational.”

Compared to the example of the draconian American criminal justice system, which Pfeiffer called “catastrophic” and “self-destructive,” Germany works to keep criminals engaged in society.

“In the US there’s a major programme that costs hundreds of millions of dollars each year just to let some 600,000 prisoners out of prison each year,” he said. “They’ve been totally uprooted and have to be reintegrated – we don’t have that.”

Instead, Germany used fines to punish 71 percent of crimes committed in 2008, Destatis found.

“Our fining system is so effective because it’s fair,” Pfeiffer said.

The German fine system is based on daily wages, meaning that criminals are punished for certain crimes by paying a set amount of what they earn.

“It’s proportionate to the profession,” Pfeiffer explained. “For example a person on social welfare has to pay 10 days of his benefits, while a football star pays 10 days of whatever he makes.”

Convicted criminals can also choose to serve the days in jail or work for social programmes if they can’t pay their fines.

According to Pfeiffer, last year’s three percent reduction in crime is nothing compared to the last 20 years.

“The high point was in 1998, but it has gone down drastically since then,” he said, adding that burglaries are down by 50 percent, homicides by 40 percent, and bank robbery more than 75 percent.

“There is nothing to complain about,” he said.

But the trend toward a safer Germany is not due to successes in the criminal justice system alone, another factor is the ageing population.

In August, European Union statisticians found that Germany had the lowest birth rate and highest death rate of all 27 nations.