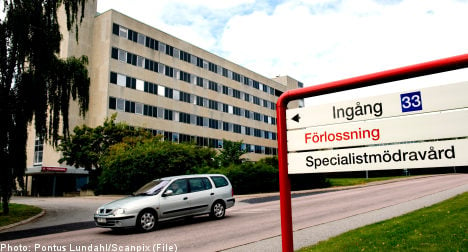 Tests reviewed by the central hospital in Västerås show that the child has contracted a multiresistant variant of the highly infectious Klebsiella bacteria known as extended-spectrum beta-lactamase (ESBL)-producing Klebsiella bacteria.

In addition to the three deaths which took place at the hospital’s clinic for newborns and children, four other children were found to be carrying the bacteria but failed to develop any symptoms.

Following the discovery of the latest infection, the clinic is taking extraordinary precautions.

“We’ve decided to immediately stop admitting newborns in need of intensive care. These children will receive care at nearby hospitals,” lead physician Måna Wallensteen said in a statement.

Infants already admitted to the clinic will now be placed in isolation, while other children not in need of intensive care will be placed in other parts of the hospital.

The hospital hopes to be able re-open the clinic next week.

Klebsiella bacteria are common in the intestinal tract but can cause infection if they spread to the lungs, stomach or urinary tract.