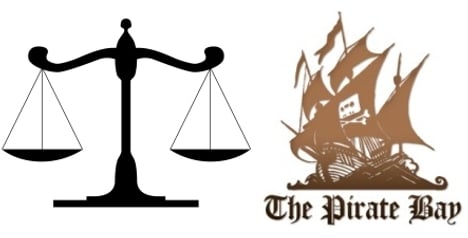 It is thought that one of the lay judges set to hear the case is currently employed by Spotify, an online music service and alternative to illegal file sharing.

“I don’t wish to state whether there is a problem, however we have definitely judged this a circumstance that both parties need to be informed of given that Spotify is a company that provides music online,” judge Ulrika Ihrfelt told Sveriges Radio.

On Friday, Ihrfelt sent a letter to the relevant parties informing them of the lay judge’s employment at Spotify. If either party argues that the lay judge’s position poses a conflict of interest, the court of appeals will investigate the issue.

This is not the first time a suspected conflict of interest has come up in the Pirate Bay case. Following the infamous trial earlier this spring, it was revealed that judge Tomas Norström was a member of several organizations with a vested interest in copyright laws.

One of these groups was known to take contributions from the International Federation of the Phonographic Industry (IFPI), an organization protecting the rights of the music industry and involved in the case against the Pirate Bay.

While the defence called for Norström’s ruling to be thrown out, the judge was eventually acquitted of any suspicion following a court investigation. The four men behind The Pirate Bay were sentenced to one year in prison and ordered to pay damages in the amount of 30 million kronor ($4.3 million).

The judgment was appealed and is set to be tried in the appeals court in November of this year.