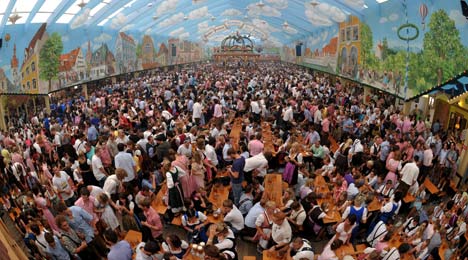 The still unidentified victim was walking on the tracks in a drunken stupor on his way back from the beer festival, when he was struck by a train from the S2 line between the stops at Laim and Moosbach.

The Australian was heading back to a camping site at Obermenzing with a 25-year-old man from New Zealand, but because the two antipodeans had just met, his companion could not provide authorities with any information about the victim.

“The two men apparently did not see the approaching S-Bahn before one of them was hit by the engine and fatally injured,” the police said in a statement.

The man from New Zealand was uninjured in the accident, but was treated for shock.