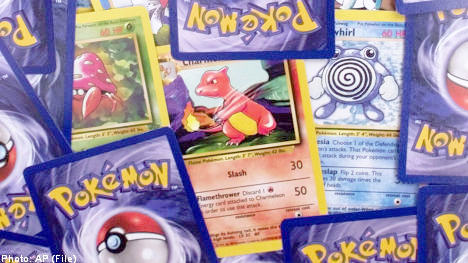 Two 10-year-old boys, and an as of yet unidentified playmate, threatened the girl with a knife in their bid to steal her assortment of the popular Japanese cartoon trading cards.

According to police, the boys also kicked the girl and hit her in the face.

A woman witnessed the sandbox attack from her balcony, believing at the time that the boys had simply thrown sand at the girl and pushed her to the ground, reports the Göteborgs-Posten (GP) newspaper.

But the actual course of events was much more violent, leading the girl’s mother to file a report with the police.

The knife-wielding 10-year-olds and their friend will now be a case for social services.

“Social services in Partille have been informed and on Friday I’ll present a report of the incident,” Anders Klinberg of the local police office’s youth task force told GP.