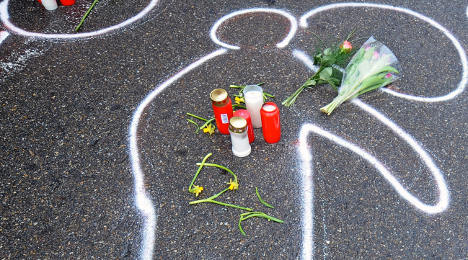 Weekly news magazine Stern reported on Tuesday that prosecutors in Stuttgart had a psychiatric evaluation of Tim Kretschmer showing the 17-year-old had expressed the compulsion “to kill people” to a therapist long before he went on his shooting spree.

The magazine said he had also left a suicide letter in a safe in his room before taking his father’s handgun from his parent’s bedroom and returning to his old school in the picturesque town of Winnenden. He then shot dead nine pupils, three teachers and another person outside a psychiatric clinic where he had been due to receive treatment.

“The truth is those that have it are born with it, but it only comes out when it’s combined with what they experience,” he wrote in the letter.

Stern reported it was unclear if Kretschmer was referring to his killing fantasies or sexual sadomasochistic tendencies he also exhibited.

After hijacking a car and shooting two other people at a car dealership, Kretschmer died in a shootout with police around 30 kilometres from the school. Police believe he shot himself.