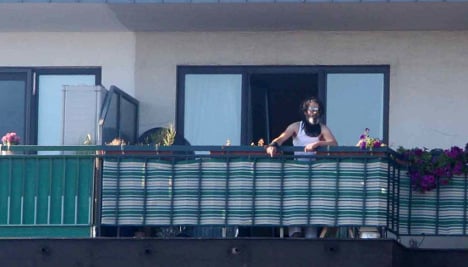 The 42-year old man fought with the girl for unexplained reasons before lightly injuring her and fleeing to his apartment. There he spent the next one and a half hours throwing flower pots and other objects from his balcony while threatening to blow up the building, police said.

Special commando officers were eventually able to apprehend the man inside his apartment in the city centre and said he remained uninjured during the incident. They were unable to explain his motives.

Further investigation by state prosecutors and bomb experts revealed no evidence of explosives and residents of the building were allowed to return to their homes around 9:30 pm, police in the German state of North Rhine-Westphalia said.