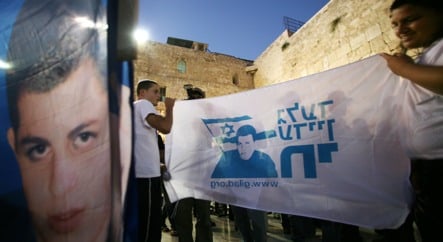 “We’re not nearing a breakthrough today or tomorrow on the issue of Gilad Shalit,” Netanyahu told a weekly cabinet meeting, referring to the Israeli soldier seized by Gaza militants more than three years ago.

“We’re committed to his return as soon as possible, but the recent reports are unsubstantiated and, beyond that, there is a lot of exaggeration and inaccurate information,” a senior official quoted him as saying.

The comments followed a report by the German weekly Der Spiegel in its edition to appear on Monday that Israel had accepted a German-mediated swap but that the Islamist Hamas rulers of the Gaza Strip had yet to respond to it.

The report follows days of speculation in the Israeli press that the involvement of German mediators in recent months had led to progress in arranging an exchange of Shalit for several hundred Palestinian prisoners.

There was no immediate reaction to the Der Spiegel report from Hamas.

Egyptian President Hosni Mubarak, whose government has been unsuccessfully brokering the indirect negotiations for months, first revealed the German involvement in interviews with US media during a trip to Washington this month.

Shalit was seized in a deadly cross-border raid by three Gaza militant groups including Hamas in June 2006, and is believed to have been held in the coastal enclave since then.

Der Spiegel said the German deal resembles previous Egyptian proposals: Israel would release a first batch of prisoners, Shalit would be taken across the border from Gaza to Cairo, and then more Palestinians would be released.

Germany in 2004 brokered a deal between Israel and the Lebanese Shiite movement Hezbollah that saw an Israeli businessman and the remains of three Israeli soldiers swapped for more than 400 Arab prisoners.