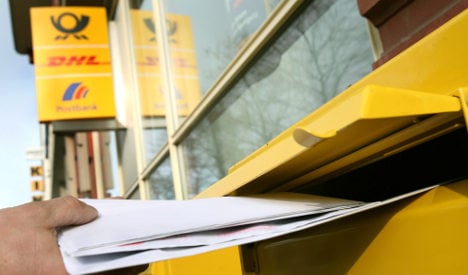 Complaints against the privatised firm based in Bonn are on the rise as delivery is delayed on account of the typical 20 percent drop in demand for postal services in July and August.

Deutsche Post spokeswoman Barbara Scheil told the German daily Berliner Zeitung that only regional mail is being sorted on Sundays and most letters dropped off on the weekend would not be delivered until Tuesday at the earliest.

Scheil also admitted that one shift in each of the 15 mail sorting centres are being cut back on Mondays.

Customers are taking their complaints also to the federal communications regulator (Bundesnetzagentur) about the cutbacks.

“We’ve been registering slightly more complaints over the drop in post service,” a Bundesnetzagentur spokeswoman told the paper. “However, as long as Deutsche Post provides universal service – and it does – we have no reason to file a complaint with them.”

As Germany’s universal postal service provider, Deutsche Post must meet an average of one-day delivery on 80 percent of the letters and parcels it receives. Ninety-five percent must be delivered within two days. If complaints made to the Bundesnetzagentur continue to increase, however, it could result in the former national postal monopoly losing its value added tax (VAT) exempt status.