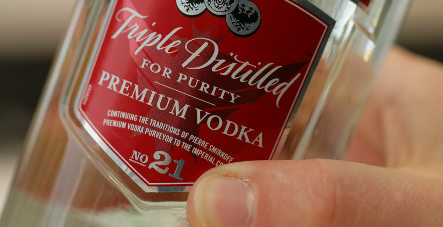 A witness reported that she’d noticed a woman in a blue BMW during “blazing heat” for several hours in a parking lot. When police arrived they found the woman sleeping in the back seat, still wearing her wedding gown and next to an opened case of vodka bottles and other gifts from her nuptials.

“Far and wide, however, no accompanying groom,” a statement said.

The vehicle was locked and the bride did not respond to rapping on the window. Only after officers gained access to the vehicle could they shake her awake.

The woman was apparently so intoxicated after celebrating her wedding in a nearby fishing clubhouse she couldn’t find the keys to her car, so she climbed through a broken window. She then fell asleep in the car mid-day on Sunday.

The boozy bride was taken to a local hospital, treated for exhaustion, and released. Her car was impounded to ensure it was secure.

“Where and in what state her husband ended the wild ball night could not be determined,” the police said in a statement.