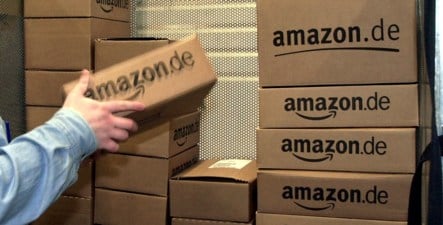 According to the AJC, around 50 books on sale on Amazon’s German website contain anti-Semitic sentiments, trivialise National Socialism, and deny the Holocaust.

Some of the books have been classed as endangering to youth, a statement by the AJC said. Amazon are also accused of advertising other books by the same authors on the Google search engine.

Deidre Berger, director of the Jewish Committee’s Berlin office, said in a statement, “It is unacceptable that books are being sold on Amazon.de that can otherwise only be found in specifically right-wing bookshops.”

“We cannot let the spread of internet sales erode laws that ban Holocaust denial and incitement to hatred of minorities in Germany,” the statement added.

The AJC is calling on Amazon to remove all the books in question from its catalogue immediately.

Amazon spokeswoman Christine Höger responded by promising that the company would check its bookseller’s conditions in relation to the books, but added that Amazon was a retailer, not a “regulatory institution.”

“Private companies cannot and should not judge the contents of the media, as they do not have the expertise to do so,” Höger said in a statement.

According to Höger, companies like Amazon are dependent on courts, state regulators and censors for such judgements. “The accusation that Amazon specifically advertises books with National Socialist contents is inaccurate and offensive to Amazon employees,” the statement added.