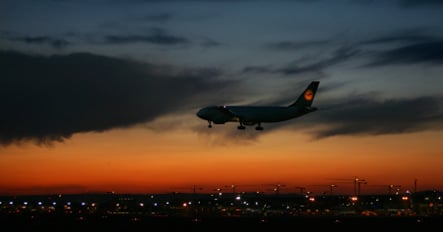 Lufthansa transported a total of 4.92 million passengers while its subsidiary Swiss carried 1.12 million, a statement said.

The airline’s seat load factor, a key indicator of operations, fell by 3.4 points to 77.6 percent despite reduced overall capacity.

For the first half of the year, Lufthansa said its own passenger numbers fell by 6.1 percent to 26.7 million, but that when Swiss was included the drop was a more modest 4.8 percent to 33.2 million.

“Except for Middle East / Africa, the first half passenger count declined in all traffic regions,” the statement said.

Freight operations were also hit by the global slowdown, with Lufthansa Cargo carrying 694,000 tonnes of freight and mail in the first six months of the year, 20.1 percent less than in the same period of 2008.

Lufthansa said in June that it would take more measures to reduce costs, and raised fuel surcharges on most passenger flights as it raised its forecast for fuel expenses this year to €3.55 billion from 3.4 billion previously.