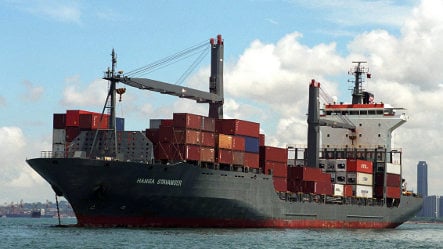 “Every fifth ocean carrier is affected,” Claus Brandt of accounting firm PricewaterhouseCoopers said on Thursday in Hamburg. Interviews conducted in June with more than 100 shipping companies reflected how the heightened risk of pirate attacks has raised shipping costs.

Meanwhile, the German Foreign Office has been accused of not doing enough to help the five Germans and 19 other crew members onboard the Hansa Stavanger. The father of one captive crew member is bringing a legal action against them, saying more must be done to rescue the crew, according to a report in Monday’s Hamburger Abendblatt.

“We are aware of an urgent motion of complaint from a relative,” a spokeswoman for the ministry told the paper, adding that a crisis team was working to free the ship and its crew. A Berlin administrative court ruled Wednesday, however, that the father’s complaint could not legally compel the German government to do more to protect the lives of crewmembers and free the ship.

According to news magazine Der Spiegel, petitions from relatives of those onboard have received little to no response from the German foreign ministry, the BKA intelligence service or the government crisis task force.

German authorities have been working with the ship’s owner, Hamburg company Leonhardt & Blumberg, on a rescue plan for the 24 crew members, who have been held hostage since April 4. A joint German-US effort to liberate the Hansa Stavanger was called off a few weeks ago due to risks associated with the mission.

But the situation on the ship has grown more desperate recently.

“We don’t have any water, food or medicine left,” wrote Hansa Stavanger’s captain in a message to his wife on Friday, as reported in Der Spiegel. In an email to Chancellor Merkel, he requested help: “We are asking you politely, but resolutely, to help us and persuade our company to end this insane game.”