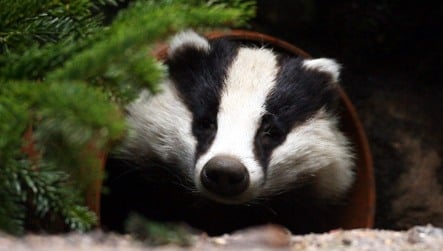 Late on Monday night, a driver reported what he thought was a dead animal on county road 32 near Groß Döhren to police.

But when officers arrived on the scene to remove the traffic obstruction, they were stunned to find that the animal was not dead or injured.

“Right in the middle of the street there was a badger sitting and staring at the officers incredulously,” a police statement said.

The officers quickly discovered that the animal – which was not frightened by their presence – had been snacking on the overripe cherries on a nearby tree.

“The animal’s belly digested the fruit to alcohol and the badger was, as the saying goes, ‘drunk as a blackbird’,” the statement said, adding that the little mammal was also suffering from “diarrhoea containing cherry pits.”

Officers directed the badger off of the road, where he could “sleep off his intoxication in a meadow.”