In a statement released on Wednesday, Celesio said it had already begun searching for premises for its proposed Swedish stores.

The company has no plans to join the bidding for premises occupied by existing state-run Apoteket pharmacies.

“Our goal is to grow by offering customers a new alternative, better service, longer opening hours and more advice for the better use of medication,” said Mads Paulsen, marketing manager of Celesio-owned Norsk Medisinaldepot.

Paulsen has been tasked by the firm with establishing Celesio’s presence in Sweden.

Celesio currently operates in 14 countries and plans to open its first Swedish pharmacy as soon as it has received authorisation from Sweden’s Medical Products Agency (Läkemedelsverket).

The state-run Apoteket pharmacy saw its 39-year monopoly come to an end on Wednesday with the introduction of a new law opening the door for private operators to establish pharmacies in Sweden. 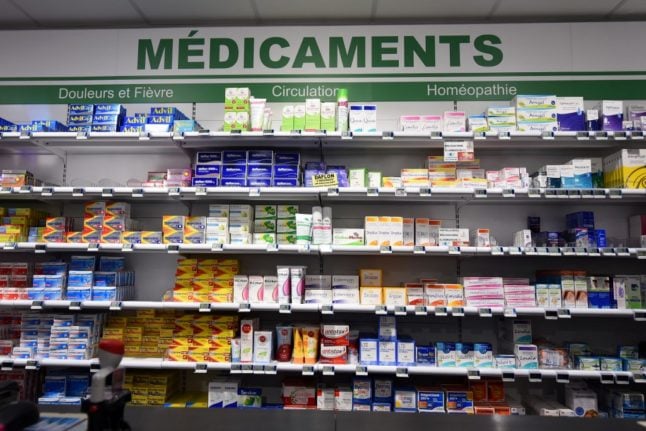 They are one of the things that make the French high street distinctive – the regular illuminated green cross of the pharmacy which helpfully also displays the time, date and temperature, but how does the economy sustain so many of these businesses?

Although pharmacies are lot more prevalent in France than many other countries, the French are not the European leaders in this field.

The most recent data on pharmacies shows around 21,000 in mainland France.

But an EU comparison from 2017 shows that France had 33 pharmacies per 100,000 people, a respectable number but not far ahead of the EU average of 29 and miles behind front-runner Greece, which has an astonishing 88 pharmacies for every 100,000 people.

In fact France has fewer pharmacies per head of the population than Greece, Spain, Belgium, Latvia, Estonia, Slovakia, Ireland and Poland. It is however well above the UK (which at the time of the data was still part of the EU) on 21 on Denmark which has just 7 pharmacies for every 100,000 people, which could make for quite long queues. But is there enough business for them all?

One of the main reasons for the popularity of the pharmacy is that they are the only place you can buy certain things, thanks to restrictive French rules on over-the-counter medicines.

While in many countries you can buy headache tablets or paracetamol in a number of places including supermarkets, corner shops and service stations, in France drugs like Ibuprofen can only be bought at a pharmacy.

This is also true for things like cough medicine and cold remedies, so if you have a minor illness you need to head to the pharmacy.

There are also restrictions on ownership which mean that pharmacy chains are not allowed, although parapharmacies – which only offer non-prescription medicines – are often part of a chain.

As well as selling over-the-counter products, pharmacists also dispense medication prescribed by doctors and here French doctors and their patients keep them busy – a study in 2019 showed that 90 percent of doctors’ appointments result in a prescription and the average prescription is for three or more items.

READ ALSO Why are the French so keen on taking medicine?

The French are among the most medicated populations in Europe and a generous healthcare system means that most prescriptions are reimbursed, so patients are unlikely to hesitate before filling a prescription that their doctors give them.

Pharmacies in France usually also sell a wide variety of homeopathic remedies which are extremely popular, although from 2020 the government has stopped funding these.

Another reason that French people love their pharmacies is that they are really useful. Every pharmacy or parapharmacy has at least one trained pharmacist on the premises who as well as dispensing medicines can give medical advice on a range of ailments.

They are particularly useful in the growing number of ‘medical deserts’ where there are not enough doctors for the local population and also open in the evenings and at weekends. Pharmacies in small towns or city neighbourhoods often have a rota so that at least one is open on a Sunday.

They also offer a number of extremely useful services such as dispensing the winter flu vaccine and – from March 15th – the Covid vaccine, while if you have been mushroom picking, you can take your haul to the local pharmacy to check that you haven’t picked anything poisonous.