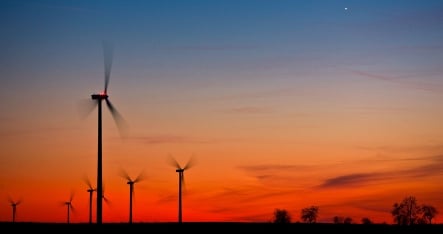 It was the only country to surpass the 50 percent mark, while the UK and France were not far behind, the WWF said. The ranking measures improvements to greenhouse gas emissions in three equal-weighted categories: Improvements since 1990, current status and policies for the future.

“Germany needs to commit to a long-term goal and base those climate policies on scientific data. If it does that, then its score will improve even more,” Dr. Thomas Duveau, officer of the climate and finance sector for the WWF told The Local. “This is a relative ranking. In absolute terms, Germany is doing half of what it needs to do.”

Duveau added Germany’s success with setting mid-term goals moved them up from last year’s third place to first. A law enacted this year, which set a target of a 40 percent reduction in greenhouse emissions by 2020, boosted Germany to the top of the rankings.

The UK and France fared relatively well on the list because of their long-term goals, which respectively aim for an 80 percent and 75 percent reduction of emissions down to 1990 levels. Duveau says since the laws have come in to play, industries are adjusting.

“Companies will have to use innovation to adapt to the targets. Since a concrete law has passed in the UK that tells the companies they must reduce their emissions, they’ve adapted. Businesses need to translate what climate change means for them and apply it to their future plans,” he said.

Canada was at the bottom of this year’s rich G8 countries, having among the highest per capita carbon emissions in the world, spurred along by its high-pollution oilsands industry.

Meanwhile new climate policies announced by the Obama administration in the United States helped that country move up from the bottom of the list to seventh place.

“Looking at the scorecard, Germany can be a role model in renewable energy, but no individual country is performing well on all 10 criteria in the report,” said Duveau. “You need to take a combination of all countries in order to get the ideal.”

The report, done in association with German insurance giant Allianz for the third year in a row, was released ahead of the G8 summit in L’Aquila, Italy, starting July 8 and ahead of December’s UN climate summit in Copenhagen, in which a follow-up treaty to the Kyoto Accord will be negotiated.

The WWF says a 95 percent reduction in greenhouse gases from 1990 levels needs to be made in order to slow climate change.