Pop’s parents [see footnote], both 24, made a decision when their baby was born to keep Pop’s sex a secret. Aside from a select few – those who have changed the child’s diaper – nobody knows Pop’s gender; if anyone enquires, Pop’s parents simply say they don’t disclose this information.

In an interview with newspaper Svenska Dagbladet in March, the parents were quoted saying their decision was rooted in the feminist philosophy that gender is a social construction.

“We want Pop to grow up more freely and avoid being forced into a specific gender mould from the outset,” Pop’s mother said. “It’s cruel to bring a child into the world with a blue or pink stamp on their forehead.”

The child’s parents said so long as they keep Pop’s gender a secret, he or she will be able to avoid preconceived notions of how people should be treated if male or female.

Pop’s wardrobe includes everything from dresses to trousers and Pop’s hairstyle changes on a regular basis. And Pop usually decides how Pop is going to dress on a given morning.

Although Pop knows that there are physical differences between a boy and a girl, Pop’s parents never use personal pronouns when referring to the child – they just say Pop.

“I believe that the self-confidence and personality that Pop has shaped will remain for a lifetime,” said Pop’s mother.

But while Pop’s parents say they have received supportive feedback from many of their peers, not everyone agrees that their chosen course of action will have a positive outcome.

“Ignoring children’s natures simply doesn’t work,” says Susan Pinker, a psychologist and newspaper columnist from Toronto, Canada, who wrote the book The Sexual Paradox, which focuses on sex differences in the workplace.

“Child-rearing should not be about providing an opportunity to prove an ideological point, but about responding to each child’s needs as an individual,” Pinker tells The Local.

“It’s unlikely that they’ll be able to keep this a secret for long. Children are curious about their own identity, and are likely to gravitate towards others of the same sex during free play time in early childhood.”

Pinker says there are many ways that males and females differ from birth; even if gender is kept ‘secret,’ prenatal hormones developed in the second trimester of pregnancy already alter the way the child behaves and feels.

She says once children can speak, males tell aggressive stories 87 per cent of the time, while females only 17 per cent. In a study, children aged two to four were given a task to work together for a reward, and boys used physical tactics 50 times more than girls, she says.

“If the parents are doing this because they want to create a discussion with other adults about why gender is important, then I think they can make a point of it,” Henkel says in a telephone interview with The Local.

Henkel also says a child’s sex can deeply affect how they are treated growing up, and distract them from simply being a human being.

“If the child is dressed up as a girl or boy, it affects them because people see and treat them in a more gender-typical way,” Henkel explains.

She says that without these gender stereotypes, children can build character as individuals, not hindered by preconceived notions of what they should be as males or females.

“I think that can make these kids stronger,” Henkel says.

Anna Nordenström, a paediatric endocrinologist at Karolinska Institutet, says it’s hard to know what effects the parents’ decision will have on Pop.

“It will affect the child, but it’s hard to say if it will hurt the child,” says Nordenström, who studies hormonal influences on gender development.

“I don’t know what they are trying to achieve. It’s going to make the child different, make them very special.”

She says if Pop is still ‘genderless’ by the time he or she starts school, Pop will certainly receive a lot of attention from classmates.

“We don’t know exactly what determines sexual identity, but it’s not only sexual upbringing,” says Nordenström. “Gender-typical behaviour, sexual preferences and sexual identity usually go together. There are hormonal and other influences that we don’t know that will determine the gender of the child.”

Both Nordenström and Pinker refer to a controversial case from 1967 when a circumcision left one of two twin brothers without a penis. Dr. John Money, who asserted that gender was learned rather than innate, convinced the parents to raise ‘David’ as ‘Brenda’ and the child had cosmetic genitalia reconstruction surgery.

She was raised as a female, with girls’ clothes, games and codes of behaviour. The parents never told Brenda the secret until she was a teenager and rebelled against femininity. She then started receiving testosterone injections and underwent another genetic reconstruction process to become David again. David Reimer denounced the experiment as a crushing failure before committing suicide at the age of 38.

“I don’t think that trying to keep a child’s sex a secret will fool anyone, nor do I think it’s wise or ethical,” says Pinker. “As with any family secret, when we try to keep an elemental truth from children, it usually blows up in the parent’s face, via psychosomatic illness or rebellious behaviour.”

But with a second child on the way, Pop’s parents have no plans to change what they see as a winning formula. As for Pop, they say they will only reveal the child’s sex when Pop thinks it’s time.

Footnote: Pop is not the child’s real name but is the name used in Svenska Dagbladet’s interview with the child’s parents from March 6th. 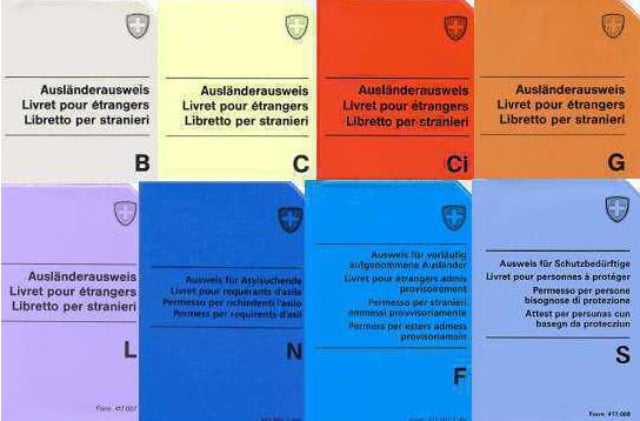 A man lounges across two seats on a crowded Berlin train, oblivious to his surroundings – until the two women opposite him suddenly spread their legs, revealing a message on their trousers: “Stop spreading”.

Feminist activists Elena Buscaino and Mina Bonakdar are on a mission to stamp out manspreading – the habit that some men have of encroaching on adjacent seats without consideration for their female neighbours.

“It is perfectly possible to sit comfortably on public transport without taking up two seats by spreading your legs,” said Bonakdar, 25.

The two female activists’ provocative stunt is part of a wider initiative called the Riot Pant Project featuring slogans printed on the inside legs of second-hand trousers.

READ ALSO: How much do women in Germany earn compared to men?

Bonakdar and Buscaino, both design students, came up with the idea as a way of helping women and LGBTQ people reclaim public spaces often dominated by men.

As well as “Stop spreading”, the project’s slogans include “Give us space” and “Toxic masculinity” – which, in a nod to the behaviour of those they are aimed at, are only revealed once the wearer shows their crotch.

“It is only through imitation that the interlocutor understands the effect of his or her behaviour,” said Buscaino, 26.

But she also admits that very few men immediately change their posture when confronted with the slogans, as observed by AFP on the Berlin underground.

“They are often just astonished that women are behaving like that in front of them,” she said — but she hopes the project will at least give them food for thought.

For Bonakdar, simply wearing the trousers in itself allows women to “feel stronger and gain confidence”.

Although it may seem trivial to some, the problem of manspreading has existed almost since the dawn of public transport.

“Sit with your limbs straight, and do not with your legs describe an angle of 45, thereby occupying the room of two persons,” the Times of London advised as early as 1836 in an article on bus etiquette, as cited by Clive D.W. Feather in “The History of the Bakerloo Line”.

The term “manspreading” was coined in 2013 when New York subway users began posting photos of nonchalant male passengers and their contorted neighbours on social media.

According to a 2016 study by Hunter College in New York City, 26 percent of male subway users in the city are guilty of the practice, compared with less than 5 percent of women.

The US metropolis was one of the first in the world to try to start curbing the behaviour.

In 2014, the Metropolitan Transportation Authority launched a campaign featuring signs with the message: “Dude… Stop the Spread, Please”.

Similar campaigns have also since been launched in South Korea, Japan, Istanbul, and Madrid, where manspreading has even been punishable with fines since 2017.

The campaigns have sparked a backlash on the internet, with men citing biological differences as a way of justifying the need to spread their legs even if no scientific study has yet proven their argument.

Instead, the phenomenon has more to do with “gender roles” in society, Bettina Hannover, a psychologist and professor at the Free University of Berlin, told AFP.

“Men sit more possessively and indicate dominance with their seating position, while women are expected to take up less space and above all to behave demurely,” she said.