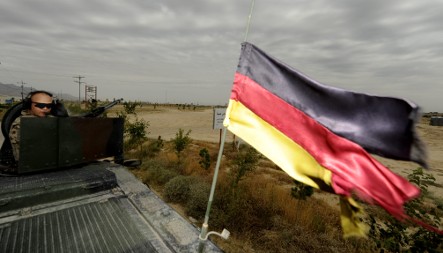 Apparently the soldiers were trying to escape an attack and drove their Fuchs personnel carrier into a ditch, which caused the vehicle to flip.

The German Defence Ministry reported that a joint German-Afghan patrol had been attacked while on patrol and had returned fire. Public broadcaster ARD reported the soldiers were part of the 391st Panzergrenadier armoured infantry battalion from Bad Salzungen in Thuringia.

“I have sad news to convey. Three soldiers serving the cause of freedom in Afghanistan have fallen,” Defence Minister Franz Josef Jung said while visiting troops in Kiel on Tuesday.

The situation in the Kunduz region has been instable for months, with the German soldiers taking part in reconstruction missions feeling increasingly threatened by the local Taliban.

Colonel Georg Klein warned at the start of the month: “We cannot rule out the possibility that the situation could further deteriorate.”

Around 1,100 German soldiers are stationed in the region. The last to die there was killed at the end of April when his patrol ran into an ambush.