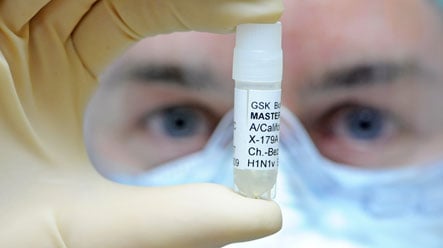 Europe’s largest country is certain to see a second wave of the virus when influenza season comes around later this year. If the outbreak is combined with a seasonal flu, the virus will become that much more deadly, the organisation warned this week.

Virologist Alexander Kekulé told Die Welt newspaper that more infections across Germany are inevitable, but it may not actually be known how wide-spread the virus is.

There are currently 238 confirmed cases of the H1N1 virus in Germany but no deaths. However, Kekulé said that number could be as much as 10 times higher.

“The swine flu virus often infects people without any symptoms or just minor signs, such as headaches or sore throat,” Kekulé told Die Welt. “Therefore it’s not always recognised as swine flu but these people can still potentially make someone else very sick.”

Stephen Becker, head of the Marburg Institute for Virology told the paper that researchers are already seeing similarities to the outbreak of a subtype of the H1N1 virus: The 1918 Spanish influenza pandemic that infected about one-third of the population at that time leaving at least 25 million dead.

“That virus also started as a very mild spring and summer flu but as it went around the world, it infected more of the population,” Becker said.

For now, virologists are monitoring the disease to see how it could change as it travels around the world. Over time, it could mutate or merge with a seasonal flu. Globally, 180 people have died of the disease while there are more than 44,000 confirmed patients with swine flu.

In the worst case scenario, Becker says that the usual medications against the flu, such as Tamiflu or Relenza, would become almost useless against this new strain of the disease.

Two German pharmaceutical labs, one in Dresden and the other in Marburg, are working on preventing that scenario. But until then, Kekulé says taking care of yourself will be the most effective way to avoid the swine flu.

“Until there is a vaccine, just watch your own health. That means holding a handkerchief in front of your mouth when you cough or sneeze,” he said. “That should immediately be pretty obvious.”