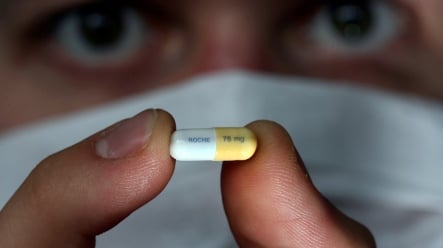 Bernd Mühlbauer, director of the Institute for Pharmacology at the Bremen-Mitte Clinic, told Spiegel magazine, “We absolutely do not know whether it helps with swine flu. The efficacy has only been shown in the lab.”

He said tests on people were urgently needed, to see whether the drug was worth stockpiling. “One should first prove that this medication actually works against this new kind of pathogen before one damages the economy by paying millions out for Tamiflu,” he said.

He said even against normal flu, the drug only works to a small degree, reducing the time of illness by a day. He admitted Tamiflu can prevent complications such as bronchitis or lung inflammations, but added that experts advise against giving it routinely with normal flu cases, or using it for patients not at particular risk.

He condemned the tactic used in the UK recently, where an entire school was given Tamiflu after five pupils became infected with swine flu.

“That is not just excessive but also practically irresponsible. For one, such a thing can lead to the development of resistance. And apart from that, Tamiflu has side-effects. We are not talking about Smarties here. A few years ago there was a study by the European Medicines Agency because there were suicides among young people being treated with it.”

He suggested the best way to contain any swine flu outbreak would be to remain at home when sick, and above all, to frequently wash hands.

He said the national pandemic plan, for there to be stocks of Tamiflu to treat 20 percent of the population was excessive. “There should be supplies for doctors, nurses, paramedics, fire fighters, police officers and also for high-risk patients. But that is clearly less than 20 percent of the population. In the case of a pandemic, one must ensure that really only these people get Tamiflu in order that the stocks are not suddenly used up.”