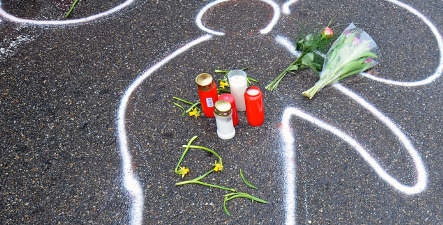 The teenager’s family lived in nearby Leutenbach, but left their home soon after the tragedy, and it has been made clear that they would be welcome to return.

Mayor Jürgen Kiesl told the local paper, the Waiblinger Kreiszeitung on Saturday, “as of the start of the week, they are longer members of this community.”

He said locals were vehemently opposed the idea of them ever returning, but said he had more understanding.

He said he had written a letter of condolence to the family. “This family lost everything, their child, their house and their home. They have to live with the fact that their child brought great suffering to others,” he said.

The locals had talked a lot about the chances of the Kretschmer family ever returning. “The force of the rejection surprised me. But a return is inconceivable for the family,” said Kiesl.

Kretschmer, 17, took one of his father’s many guns and ammunition from the house to carry out the massacre, first at his school and then while on the run.

An investigation against his father which could lead to charges of negligence leading to death is still active, but no charges have been pressed.