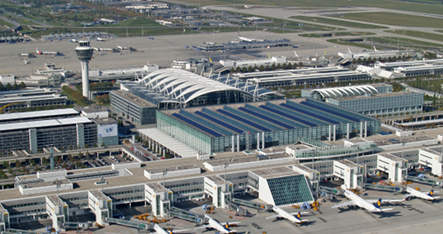 “Should a passenger or crew member show symptoms [of swine flu], they will immediately be treated under a medical response plan developed with the public health authorities,” airport spokesman Florian Steuer told radio broadcaster Antenne Bayern on Sunday.

The first flight from Mexico since the swine flu outbreak was reported is scheduled to land in Munich on Wednesday, Steuer said. Munich has Germany’s second largest airport after Frankfurt, with 34.5 million passengers traveling through it in 2008.

On Saturday, World Health Organisation head Margaret Chan warned that the virus could have “pandemic potential.” So far, 62 people have died in Mexico from the flu. In the United States, suspected cases have been reported in Texas and New York. A group of students from New Zealand who recently returned from a trip to Mexico are also under observation for potential signs of the virus.

Airports worldwide are examining passengers arriving from Mexico more closely. Health authorities in Japan tested all passengers on a flight from Mexico for signs of fever.