The Falun district court in central Sweden found the 30-year-old man, whose name was not disclosed, guilty of sexual coercion, sexual abuse of minors and child pornography charges, the regional Dalarnas Tidningar newspaper reported in its online edition.

verdict, his lawyer told the paper. 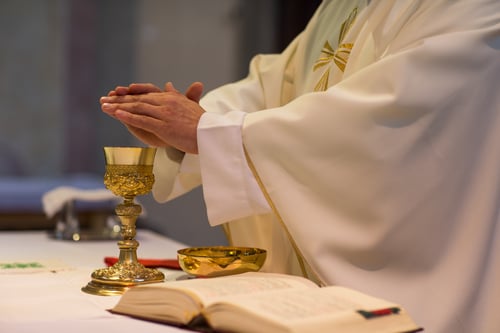 It said the abuse of children and young people happened between the 1950s and 1990s, and all the cases were now too old for a prosecution to take place.

The paedophile priests were identified after some ten victims went to the diocese of Sion with abuse allegations last year.

Three of the accused clergymen are still alive.

One of the victims told the radio the numbers of reported abuse cases did not correspond to the reality.

He said he had met around 50 other victims in Valais, many of whom did not want to talk about what they had experienced.

The man accused the church of a cover-up, saying previous bishops had known about the sexual abuse but had done nothing except move some priests to other parishes.

But Bishop Lovey, who was appointed by Pope Francis in 2014, denied there had been an attempt to cover up the abuse.

He said priests were moved to other parishes as a preventive measure.

The latest cases in Valais will be included in the church’s statistics for 2017, which have not yet been published.

In February 2017 the Swiss Bishops Conference set up a commission charged with awarding compensation to victims of historic sex abuse by Swiss priests.

The leading church authority announced it had created a 500,000 franc reparations fund to pay compensation to victims who no longer have the right to seek redress in court since the statute of limitations has passed.