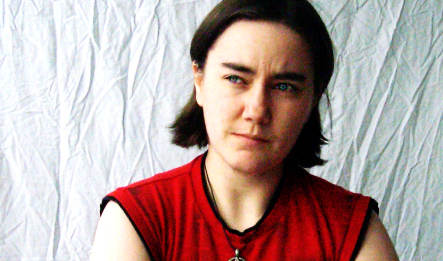 Both the Swedish Tax Agency (Skatteverket) and the county administrative court have previously denied the request for a name change on the basis that Immanuel was an unsuitable name for a woman.

This is not the first such case to come before the Swedish courts. In November, Jan-Olov Ågren, a male cross-dresser from Norrbotten in northern Sweden, was handed a similar victory in his bid to go by the name Madeleine.

But the Swedish Tax Agency (Skatteverket) had previously rejected Ågren’s application to have his name changed to Jan-Olov Madeleine Ågren on the grounds that it is not appropriate for a man to have a woman’s name.

Both Immanuel Brändemo and Ågren had their cases heard in Sundsvall.

“This is the first time that the administrative court of appeals has ruled that gender shouldn’t play any role in an adult’s choice of name. You can be called Madeleine even if (your birth certificate) says ‘man’, and you can be called Immanuel even if it says ‘woman’ – at least until the Supreme Administrative Court has its say,” Brändemo writes in his blog.

Brändemo and Ågren have anxiously waited to see if the Tax Authority will appeal the decisions. After the ruling in his favour, Ågren said he was holding off changing the name on his official documents, lest his new name be taken away.

“What’s important is the general feeling of having the right to a name which I’ve always considered my own,” he told Norrbottens-Kuriren newspaper.

Brändemo also welcomed the positive ruling, even it the final outcome is still uncertain.

“Together we (Jan-Olov Madeleine and I) have, if only temporarily, changed the prevailing legal norms. In other cases, people have referred to the fact that gender SHOULD matter, and when people’s names have been approved it’s been due to personal reasons, for instance a medical confirmation of transsexualism,” he writes.

Brändemo continued that he might have been able to get medical documentation to support his case, but he opted not to:

“It’s not about me; the question is not whether I am transsexual enough to pass the ‘test’, but if gender really should matter. Sex does matter sometimes, but sometimes justice is temporarily gender blind. It requires legislative action to change legal precedents, and for me personally, it has taken more than two years before I received a single affirmative ruling.”

Lars Tegenfeldt of the Tax Agency recently confirmed that Skatteverket is planning to appeal.

“Therefore we are unclear about which should apply. And to clarify the matter we are planning to appeal to the Supreme Administrative Court of Sweden,” he told Norrbottens-Kuriren.

The Swedish Ombudsman against discrimination has spoken out in support of the recent rulings.

“The administrative court of appeals has upheld the principle of everyone’s equal value and rights, which is an important cornerstone of our democracy,” said Equality Ombudsman Katri Linna.

“Names are an important element of person’s identity. This ruling therefore is of great significance to all transgendered individuals.”

Since January 1st, Swedish anti-discrimination measures have also applied to sexual orientation or identity. An individual may not be discriminated against if he or she breaks prevailing gender norms.

According to Skånska Dagbladet, the name was rejected because of its association with Germany's National Socialist Party. Photo: Bengt Olof Åradsson/Wikimedia Commons
The woman, from the village of Tyringe, which is known more for its medieval church than far-right activity, made the application earlier this year.
Ingegerd Widell, the development officer at the Swedish Tax Agency in charge of registering new names, said she could not confirm the story without knowing the name of the woman.
“I would be extremely surprised if anyone would get that name,” she said.
The Swedish Tax Agency, which handles Swedes' applications to change their name, only accepts new names if they do not cause problems for the holder or cause discomfort to others.
According to the agency, before approving a name, its officials check if it could “cause offence, be presumed to cause discomfort for the individual or for some other reason are unsuitable”.
According to the Skånska Dagbladet newspaper, which first reported on the case, the application was rejected because “the word Nazi is a short form of National Socialism and is associated with supporters of Nazism”.
READ ALSO: Sweden's tax agency rejects 'Prince' name change
Last year, the agency turned down a 26-year-old man who wanted to change his first name to 'Prince', on the grounds that it was “not a word associated with a name”, and in 2011 a man's bid to have 'His Majesty' added to his name was turned down because it could lead to “misunderstandings”.
Another man did get to add 'King' to his name – an idea he came up with after a long night out – six years ago. But the Stockholmer, King Oliver, told The Local in 2016 that his family “still calls (him) Oliver”.
SHOW COMMENTS
Url copied to clipboard!