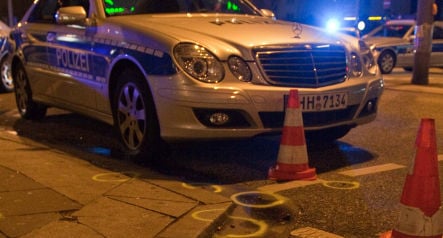 According to a police statement issued Thursday, the robber approached a 35-year-old man on a car park and forced him to get into his car and drive to a nearby cash machine to withdraw €1,000.

But the victim was able to get into the bank and notify police while the armed man waited in the car. He fled alone in his victim’s car when he saw a police car approaching.

During the ensuing chase, which zig-zagged the whole city, the man hit several parked cars before smashing into a large pole on a traffic island. He then continued his getaway on foot.

According to the police statement, police fired on the man several times after he pulled out a weapon and fired at them at least once. He was hit in the stomach and leg, and underwent an emergency operation in the hospital. His life is not in danger, police said.

After the shooting police ascertained that the 45-year-old robber’s weapon was a gas pistol.