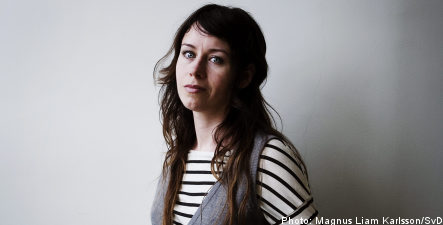 Anna Odell, a 35-year-old student at the University College of Arts, Crafts and Design (Konstfack), is suspected of violent resistance, harassment, dishonest conduct and raising a false alarm.

Odell is soon to be taken in for questioning and could face a short jail term if convicted.

Former equality ombudsman Claes Borgström, who has been appointed as her lawyer, said he and his client had not yet had time to go over the accusations.

Odell’s art stunt sparked widespread outrage in January when, as a part of her final project before graduation, the 35-year-old pretended she was going to jump off a bridge to commit suicide.

Horrified witnesses called police, who then tried to restrain the kicking and screaming Odell.

After arriving at the hospital’s psychiatric ward, she was eventually restrained on a gurney and given drugs to calm her down, remaining in the hospital overnight as doctors attempted to diagnose her psychiatric condition.

Odell later revealed the whole episode was an act and part of a larger art project which won’t be completed until May.