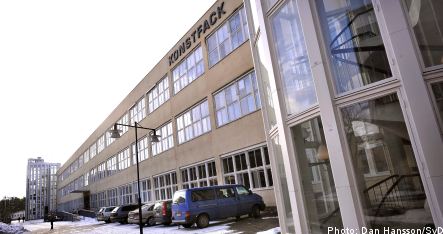 The school launched an internal investigation after it was revealed that advisors had approved an art project in which a student faked a public suicide attempt and then pretended to suffer from psychosis at a Stockholm-area psychiatric clinic.

The project prompted outrage from the head of the clinic.

“She and the head of the school ought to cut their hair and get a real job,” wrote Dr. David Eberhard from Stockholm’s St. Göran’s Hospital following the incident.

The investigation found that if a student’s project receives the approval of advisors – as the faked psychosis had been – the art school then bears responsibility for the work.

The investigation found that the school’s guidelines were “insufficient” and that advisors ought to have “advised against” the project.

But the film of subway graffiti, which Konstfack didn’t approve or know of, did not, on the other hand constitute a legal or ethical shortcoming on the part of the school, writes Konstfack head Ivar Björkman, who presented the findings in an article in the Dagens Nyheter newspaper on Tuesday.

“That students today are interested in an ethical gray zone can be a good thing for the development of society,” writes Björkman.

“But we need, quite obviously, to create more stringent guidelines so that advisors don’t, as in the first case, end up in difficult situations with ambiguous guidelines. We need to, put simply, be better equipped to judge how we manage students’ wishes to do projects about which they are passionate and which are important but which are hard to manage within the framework of a college.”

The investigation concluded that the school’s current ethical guidelines were insufficient and vague when it comes to advisors’ responsibility to actively steer students away from unacceptable or illegal projects.

Björkman has now decided to create more specific rules for dealing with the issue and to provide additional training for instructors on how to handle ethically or legally complicated student art projects.