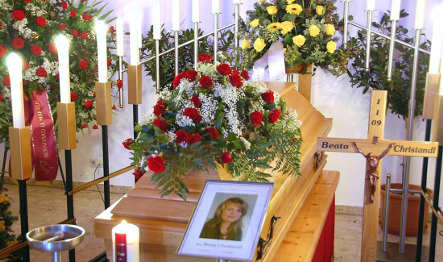 With this admission, Althaus gives up his right to dispute the charges against him. He claims to have no memory of the accident, but a conviction for negligent homicide could mean up to one year in prison in Austria.

Althaus suffered serious brain injury when he collided with 41-year-old Beata Christandl at an intersection between two slopes at the Obersteiermark ski area. The Slovakian woman died of her injuries on the way to hospital. While she wasn’t wearing head protection, doctors have said Althaus probably survived because he was wearing a helmet.

The state premier was cleared of alcohol or speeding in the accident by the state prosecutor’s office two weeks ago and lawyers for both families are negotiating financial compensation outside of court.

The conservative remains his party’s lead candidate for the state elections on August 30. He partially resumed his duties last week.

“My husband speaks a bit more slowly, but his mind is fully clear,” his wife told Bild am Sonntag last Sunday. “He telephones with the state government to get informed of the political agenda,” she added.

TRAVEL NEWS
What are the Covid rules in place at ski resorts around Europe this February?
Url copied to clipboard!