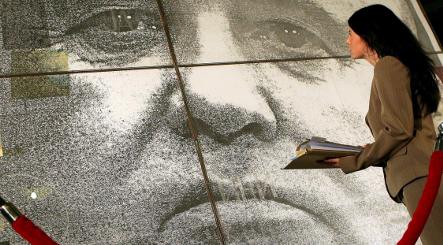 The book is a collection of essays on the subject from various writers, examining how the Warsaw Pact – the military alliance between the Soviet Union and surrounding eastern states – adapted to the inability of its members to finance its intentions, and its ultimate demise.

Christopher Jones from the University of Washington says the Warsaw Pact had adopted a new military doctrine from 1987 – one of unilateral radical reduction of its military might in Eastern Europe. Soviet leader Gorbachev hoped that this would lead to disarmament in the west and even eventually to a European peace and reduction of tension.

The driving force behind this was the disastrous economic situation of the Soviet Union and many of its satellite states, which was beginning to threaten its military abilities.

Even East Germany, long considered one of the least wounded of the eastern economies, was only able to contribute 60 percent of what it was supposed to pay for Warsaw Pact finances, Torsten Diedrich of Potsdam’s Military History Research Office wrote.

Gorbachev systematically broke down the Brezhnev Doctrine, according to which Soviet forces had the duty to maintain the system in neighbouring countries – and was used to justify the Soviet invasion of Czechoslovakia in 1968.

The defence policy of the Warsaw Pact was also radically changed, according to the book. Initially any attack from NATO forces would be met with atomic weapons and ground forces entering western Germany and further west.

Yet this mental border was changed under Gorbachev, from western to eastern-central Europe. The Soviet Union would not fight in Bordeaux or Frankfurt am Main, rather, Berlin or Frankfurt an der Oder.

This, the book argues, shows that Eastern Germany had been effectively abandoned by the Soviet Union before the start of the two-plus-four negotiations which eventually led to reunification.