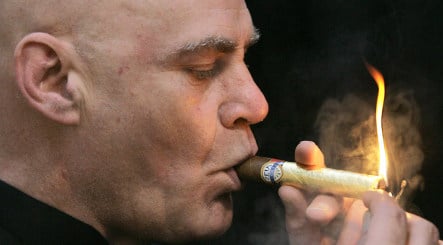 They're coming after your money Photo:DPA

“The rich must pay more, otherwise one will not be able to father the money that is needed by organised solidarity – the state,” he told Der Spiegel on Saturday.

Yet the generosity of the state will have its limits, particularly where companies hit by the recession are concerned, he said.

“We want to help, yes. But we cannot cushion everything. It is a big temptation for the politicians to think they are omnipotent. The state must not try to go towards national ownership,” he told the magazine.

He warned the Christian Democrat Union not to block his party’s proposal to limit the wages of top managers. “We need strict rules, and fast. The grand coalition must do this before the election,” he said.

A study commissioned by the Association of Tax Payers shows that the middle classes may be those in need of most help – reporting that they will pay more tax next year than in 1990, with those earning around €65,000 a year hit the hardest.

Focus magazine reported this weekend that this income bracket pays 13 percent more tax than they did in 1990.

“That is an additional tax burden of €2,260 a year,” said Volker Stern, the economist who conducted the study for the Karl-Bräuer Institute.

Those earning less or more than this have done better in the last 20 years, Focus reported, with those earning around €12,000 paying only half the amount of tax they would have done in 1990.

Meanwhile the wealthy are doing better. A person who had earned a million Deutschmarks whose income kept pace with inflation would now pay 10 percent less than in 1990.