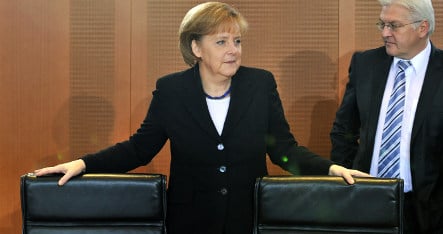 Seats free for the ladies? Photo:DPA

Information issued in response to a question from Free Democrat MP Volker Wissing shows that women are barely to be found at the level of state secretary, with just one of 25 such office holders being female.

The next level down on the ministerial ladder – section leaders – includes just 15 women out of 110 jobs. The ministries of agriculture, environment and transport have no female section leaders at all, the magazine reported.

The appointment of women at these levels of responsibility and influence has hardly changed in the last few years, despite the government adopting an equal opportunities law in 2001.

Chancellor Angela Merkel spoke this January to mark the 90th anniversary of women’s voting rights, saying she wanted to see more women in leadership positions in the economy and politics.

Der Spiegel reports that all six section leaders of Merkel’s chancellery are men.