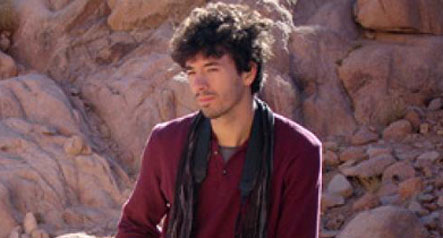 “Philip is out, he is safe and home with his family,” his sister Jeannette wrote on a Facebook page created to petition for his release. “He requests that all upcoming planned protests and marches still take place to end the siege on Gaza.”

An Egyptian security official confirmed Rizk’s release and told news agency AFP that investigation into his activities continues. His family has declined to comment on his condition.

Rizk, whose 27th birthday is on Thursday, is a graduate student at the American University in Cairo, and was arrested on Friday along with fourteen other demonstrators after taking part in a march north of Cairo to show solidarity with Palestinians in the Gaza Strip. While the other activists were interrogated and released, Rizk was hauled off in a van. Authorities later searched his home and his parents’ home, also attempting to arrest his father, but would not reveal any information on Rizk’s whereabouts.

The German ambassador to Egypt filed a formal request for information on Rizk, who holds both a German and an Egyptian passport. Meanwhile international organisations Reporters Without Borders, Human Rights Watch, and Amnesty International got involved to increase pressure on the Egyptian government.

According to AFP, a second Egyptian blogger, Diaeddin Gad, 22, was also detained on Friday for criticising Egyptian government policies, but remains in detention.

The arrests appear to be an attempt by Egyptian authorities to quiet criticism of their Gaza policy through an emergency law that allows them to detain people without due process, The New York Times reported on Tuesday. Many human rights activists have been critical of Egypt’s refusal to open its border to aid Palestinians during the recent war with Israel, in which more than 1,000 people died in the Gaza Strip.