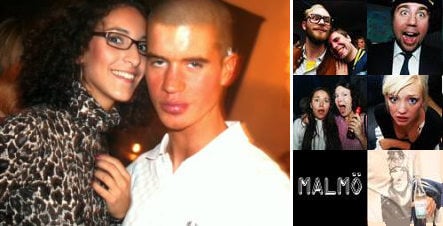 This French-sounding gem is located right down at the bottom of the Hotel Savoy. The club has attracted work weary Malmö residents for atmospheric tête à têtes over a glass of red wine. Given that it’s a steakhouse, there are oysters, snails and entrecôte on offer. But you can just as easily go there to enjoy a classic cocktail in the award-winning bar section. By night this is a meting place for the city’s representative’s of bohemian chic, discussing important matters in the glow of candlelight.

Jimmy Virki and Josefina Biderholt will be playing hot and cold disco. Jimmy is the man behind the blog ambulansen.blogspot.com. Cocktails of the week: Rusty Nail and Gimlet.

The number of people making their way to ILBW bears witness to the genius of combining the two clubs I LOVE! and Brenda Walsh. It’s always packed, sweaty and pulsating when the trio consisting of Sofia, Emilia & Maria play hot house and pounding techno. Dance, flirt, dance some more, make out, and don’t forget to make every second drink a water.

DJs: Don’t Blame the Youth: a Swedish-French DJ collective with eight members from Stockholm and Brittany.

Free entry before midnight, 80 kronor after

Klubb Neon offers you ecapism at its very best. All sorts of classic eighties hits get n iring on two dancefloors, from Kraftwerk, Soft Cell and Madonna to Kool The Gang and Prince. Eighteen videos will be shown on the big screen, while hobby exhibitionists and tipsy party people can try their hnd at 80s karaoke. Themed clothing is encouraged, so what are you waiting for?

Where Alice in Wonderland hunts a rabbit, club manager Emil Broomé in Wonderland hunts disco. When you’ve finished your botanic experimentation among the fine selection of beers upstairs, it’s time to go down to the cellar, sorry – Wonderland – and hypno-dance to obscure disco. Then it’s time for an after-party with the author with the bushy hair.