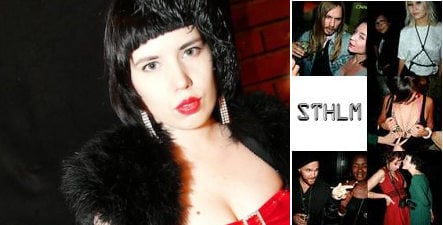 The hyper attractive Götgatan bar Bauer has made a major commitment to getting in great DJs every Thursday, Friday and Saturday. Large sections of the snazzy Stockholm elite are brought together in the large bar to play everything from hip hop, Baltimore club and disco to indie rock and electro.

The Hell on Wheels gang’s little monthly club Heimat keeps on rolling with great live bands and all sorts of well chosen DJs coming to Landet’s people’s park-like bar out at Telefonplan.

The media crowd’s favourite hang-out is back. After a summer expedition to Spymlan and earlier escapades at Riche, Berns and Tranan, Fredrik Virtanen and Tom Pyl have finally found their way back home to safety.

Every Friday the media elite makes a pilgrimage to the bar section of Melker Andersson’s very fine Restaurangen where they listen to soft rock, west coast pop, mature soul, friendly pop, FM rock, singalong anthems and camp fire standards. Fredrik and Tom are often joined by guest DJs who are not entirely unknown.

Live: Sad Day For Puppets, with support from Meandi.

The Concrets-owned record company Licking Fingers has moved away from its former home to set up shop instead at Debaser Medis once a month.

The label will present an ambitious range of act from near and far (primarily the later, we reckon), combined with a fine selection of DJs in the main hall and the bar.

Punky Reggae Party is Mosebacke’s very own homage to punk and reggae, two genres that have often gone hand in hand, particularly in the London club scene at the end of the 1970s. Mosebacke pulls together some great bands and DJs inspired by the genres.

Trinity Sound has been spreading the word of reggae in Stockholm since 1993. A lot of people and parties have passed in that time, but trinity veterans like Governor Andy, Daddy Boastin, Fabulous G and DJ Flars are still there behind the decks and the mics, making sure the party never ends.