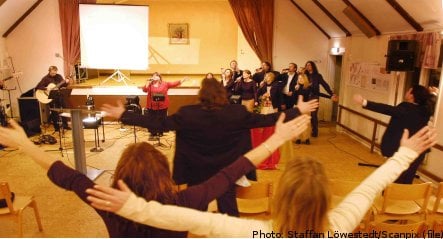 In the dark early hours of the morning of January 10th 2004 one of Sweden’s most spectacular and talked about crime cases was taking shape. In the Uppland countryside, in an Pentecostal church congregation with a core of young, Christian people, there was an underbelly of intrigue that would mystify outsiders.

“Helge’s word was my law. By the grace of God I got to be his slave,” nanny Sara Svensson said in court in May 2004.

Pastor Helge Fossmo had explained to her that God had made an exception for him from the commandment forbidding adultery.

His anonymous text messages were like a command from God. That the command concerned the killing of the pastor’s wife, Alexandra and the husband of the pastor’s lover, Daniel Linde, did not stop Sara Svensson from obtaining a pistol and silencer, and going to work that Saturday morning.

She shot Linde in the face when he opened the door half-asleep in the darkness. He survived, miraculously.

23-year-old Alexandra Fossmo was not so lucky. She was almost executed in her bed, with the pastor and the children in adjacent rooms.

Sara Svensson was arrested by police in Småland in southern Sweden the day after and the whole story could then begin to emerge.

“It was an exciting case with a secluded outsiderness that one did not immediately understand,” remembers detective-inspector Leif Spånbo who conducted the interrogations with Helge Fossmo.

“That one could manipulate another person to carry out such horrible crimes by persuasion alone. She was completely in his hands.”

Spånbo is today employed at the National Police Academy and used the Knutby case in his interrogation technique courses.

The murder and attempted murder of course changed the society and the congregation, Knutby pastor Peter Gembäck to news agency TT.

“We have moved on and live and calm and collected life her now. But it will never be the same like it was before January 10th 2004. Knutby is a loaded word now.”

Fossmo’s children now live with relatives in southern Sweden. Linde feels fine, but he is scarred for life, Gembäck says.

The pastor furthermore claims that attitudes towards the congregation have changed and are now for the most part positive.

“Those that used to spit at us have moved away.”

Gembäck says that he has few feelings for Helge Fossmo and Sara Svensson today.

Leif Spånbo agrees that Helge Fossmo has gone down as something of a unique case in Swedish legal history.

“I have tried to explain this afterwards in that he could walk tall in Knutby. He was elevated to the heavens and as close to the father as one could come. Having been given that role, he presumably believed that he was the chosen one.” 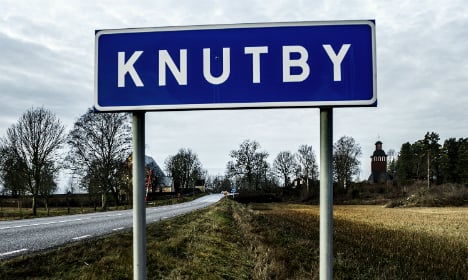 Helge Iversen, who previously went by the name Fossmo, was sentenced to life in prison in 2004 for persuading his family's former nanny to kill his wife while she was sleeping in their house in Knutby, about 75 kilometres northeast of Stockholm, the same year.

The nanny also shot the pastor’s neighbour, with whose wife the pastor was having an affair. The neighbour survived the night-time attack. The nanny was sentenced to psychiatric care over the shootings and was released in 2011.

The former Pentecostal church pastor has twice applied for his life sentence to be converted into a fixed term sentence enabling earlier release from prison. His latest application to the Örebro District Court was supported by an October-dated letter from a deacon asking the court to fix 46-year-old Iversen’s term, outlining a work training programme for Iversen that would most likely would lead to employment.

In the letter, which was obtained by Swedish tabloid Aftonbladet, the deacon says he “has a plan for when he gets out,” describing how Iversen has been offered a place in a Swedish Church adult education programme after which he will be offered an internship with the deacon who works with social issues, “with the aim of employment after the internship”.

The deacon says he has spent a lot of time with Iversen, and that “after many long conversations and walks, I as a deacon wish to carry out these activities alongside him.”

“[I] also wish that Helge, after a long time, may have his sentence fixed so that we can embark on these future projects.”

The letter has been met with a lot of criticism.

“Our recommendation is that you shouldn’t write any support letters at all for an array of reasons, including the fact that some people you meet when you work in prisons have manipulative traits,” Susanne Rodmar, a former prison church pastor, was quoted as telling Aftonbladet.

In a statement to the Örebro District Court, a psychiatrist said that Iversen “seems to have a fairly good capability of manipulating and duping his surroundings.”