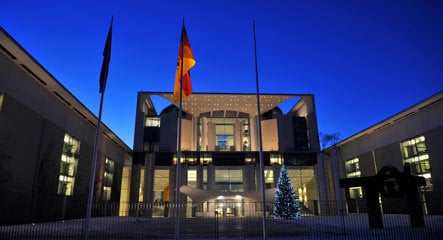 The plan, agreed by the two main parliamentary groups, the conservative CDU/CSU, and the Social Democrats (SPD), is to be presented at a cabinet meeting next week. Details of the proposed stimulus plan were not revealed.

Certain measures are still under discussion, such as the lowering of taxes, said the parties’ parliamentary leaders after more than five hours of talks. The agreement opens the path for a second boost for Europe’s ailing economic powerhouse, after 2008’s first effort proved insufficient.

Chancellor Angela Merkel’s CDU/CSU and the centre-left Social Democrats had been sharply divided on how best to respond to Germany’s worst post-war slowdown.

The conservatives wanted €50 billion ($70 billion) released over two years including on tax cuts and more infrastructure spending. The SPD has proposed a €40-billion plan with tax hikes, not cuts, for the rich.

On Monday afternoon leaders of the two sides whittled down the proposals into the basis for discussions for a second session next Monday before the package is decided on in mid-January, a government spokesman said.

Merkel says a first package unveiled last year was worth over €30 billion but critics say that this includes only €12-billion worth of new spending – whistling in the wind in view of the global recession’s severity.

After pressure from firms, experts, politicians on all sides and other countries – Merkel has been dubbed “Madame Non” in some European quarters – Berlin is at last readying a bigger punch.

“It is no wonder that London’s Prime Minister Gordon Brown and French President Nicolas Sarkozy prefer to meet without (Merkel) … when it comes to dealing with the worst recession in the post-war era,” the Handelsblatt daily said in an editorial on Monday.

But the task of deciding what to do is complicated by the fact that both parties are warily entering the fourth year of their uneasy “grand coalition” with an eye towards elections in September when they hope for a swift divorce.

There are also European elections in June and several state-level elections throughout the year including one in the state of Hesse, home to financial hub Frankfurt, on January 18.

On Sunday Merkel first had to smooth the waters within her own conservatives in talks between her Christian Democrats (CDU) and its increasingly fractious Bavarian sister party, the Christian Social Union (CSU).

After five hours the CSU appeared to have overcome Merkel’s opposition to tax cuts as senior figures unveiled a package of measures including easing the tax burden, cuts in social security contributions and infrastructure spending.

“I think we have large overlaps [with the SPD] and that in a week we will be able to pass a sensible and appropriate package,” CDU secretary general Ronald Pofalla told Deutschlandfunk radio on Monday.

The SPD, however, says cutting taxes will fail to get consumers shopping, and that Germany can ill afford to do so if it wants to keep its budget deficit within the limits set out in European Union rules.

On Sunday the party, which is trailing the CDU badly in opinion polls, unveiled its proposal for a package worth €40 billion that would include temporary tax increases for those earning over €125,000 a year.

“Within the grand coalition I find we have concentrated too much on the tax issue. Tax cuts are not effective enough. There are better solutions,” Frank-Walter Steinmeier, foreign minister and Merkel’s challenger in September’s elections, told the Süddeutsche Zeitung daily.

“The issues of social security contributions and taxes will play a role, but what this is about is providing a stimulus for the future. The coalition is in agreement on this,” Merkel told state television before the talks.