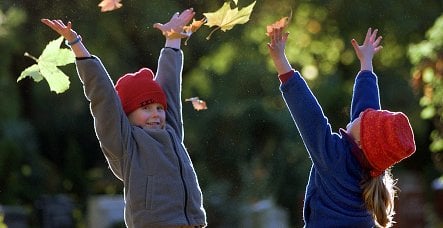 The pair identified as Mika and Anna-Lena “are very much in love and decided to get married in Africa where it is warm, taking with them as a witness Anna-Lena’s little sister, aged five,” police spokesman Holger Jureczko told AFP.

The idea for the romantic trip began when Mika told the two girls about his recent holiday in Italy, while their families celebrated New Year’s Eve together. “From this, the children began to make plans for the future,” Jureczko said.

As the first dawn of 2009 broke, the trio started to put these plans into action, packing all the essentials for the journey, including “sunglasses, swimming trunks, a lilo, summer clothes and provisions.”

While their parents slept, they left their house in the suburbs of Hannover, walked a kilometre (two-thirds of a mile) up the road to a tram stop from where they took a tram for the central station.

Waiting for a train to the airport, they aroused the attention of a guard who contacted police.

Two officers managed to convince the young lovers that they would struggle to get to Africa without money or a plane ticket. As a consolation, the children were given a special tour of the police headquarters at Hannover station where they were especially taken with the detention cells.

Their relieved parents picked them up from the station, the spokesman said, adding: “They can still put their plan into action at a later date.”