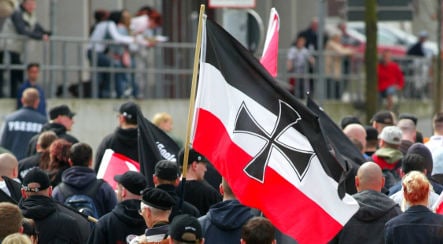 Around 1,000 people appeared in Passau on Saturday afternoon to demonstrate against the neo-Nazi march. The anti-demonstration was hastily organised by the Passau-based anti-Nazi group Aktion Zivilcourage.

Passau town hall initially banned the march after it was feared that participants would try to trivialise the attempted murder and verbally abuse its victim, police chief Alois Mannichl. But Bavaria’s higher administrative court overruled the decision on Friday evening, however, confirming the ruling made earlier by the administrative court in Regensburg.

The neo-Nazis intend to demonstrate against the way the police is concentrating its investigations on the far-right wing scene.

Mannichl, known for his work against right-wing extremism in the area, was stabbed on his doorstep by an unknown assailant on December 13. Police have still found no solid leads on the crime which shocked Germany and has caused politicians to renew calls for a ban on the far-right political party NPD.

The emergency decision to allow the march was made after the Regensburg court ruled that although there was a danger that neo-Nazis could use the demonstration to make derogatory comments about the police chief, this did not justify an outright ban.

The court decided that in order to maintain safety and order, it would be enough to ban statements denigrating the police chief and strengthen security arrangements for the day. The town council’s appeal against the decision was unsuccessful.