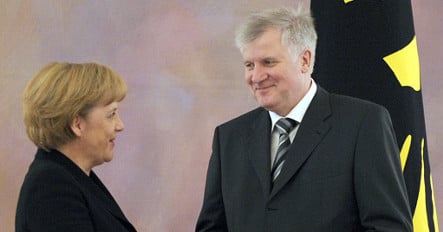 In an interview in Saturday’s Süddeutsche Zeitung, Seehofer said he was very gratified by Merkel’s sustained popularity in her time in power.

But he warned that both his own party – Bavaria’s Christian Social Union (CSU) – and its larger sister party the Christian Democrat Union (CDU), needed to have a wider range of leading personalities than they did at the last election in 2005. Otherwise, he said, the CSU could find itself facing a powerful second centre-right force at the state level.

In 2005, Seehofer rejected the CDU and CSU’s joint election campaign for being too economically liberal, and sees himself as vindicated by the current financial troubles. “None of the promises made then have been proven correct. We have to learn from that,” he said.

Seehofer sees the defining issue of 2009 as being economic competence, but he also emphasised social responsibility and conservative values. He threatened that the CSU would set up its own programme if the election strategies of Germany’s two main conservative parties did not gel.