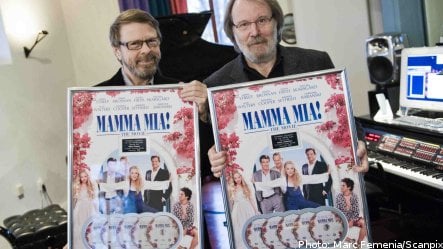 Despite having only been on sale for five weeks the DVD version of “Mamma Mia! The Movie” is the first film to sell more than five million copies in the country, according to figures from the Official Chart Company.

“Right from its release, ‘Mamma Mia!’ has been a record breaker,” said managing director Martin Talbot.

“This latest landmark further underlines the popularity of the movie, which is now ‘officially’ the British public’s favourite DVD of all time – with one-in-four British households owning a copy.”

The all-time chart covers all sales from the launch of the DVD format in the spring of 1998 until the end of 2008.

It showed that “Mamma Mia! The Movie” had overtaken “Pirates Of The Caribbean: The Curse Of The Black Pearl”, which has sold 4.7 million copies in Britain.

The film version of “Mamma Mia!” which stars Meryl Streep opposite Pierce Brosnan, Stellan Skarsgård and Colin Firth has already proved a huge hit at UK cinemas with gross takings of more than £69 million ($100mn) at the box office, overtaking “Titanic” aa the highest grossing film in Britain.

“Mamma Mia! The Movie” had its world premier in Stockholm at the beginning of July and the film’s stars joined with the four members of ABBA to party at the Rival cinema on Södermalm.

Hollywood star Meryl Streep was the big attraction of the warm summer’s day and she was in a party mood, dancing a jig with Agnetha Fältskog and Annefrid Lyngstad Reuss on the red carpet. She had told the press earlier in the day that singing and dancing in a musical was a childhood dream.

Streep’s dream has now become a rewarding reality for the musical’s creators Benny Andersson and Björn Ulvaeus as their film continues to get booming audiences tapping their feet at cinemas at home and abroad.