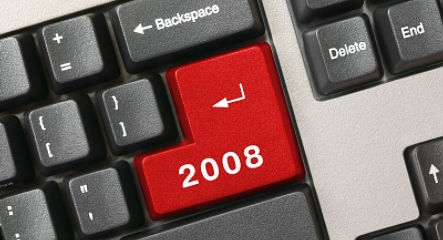 The year began with a deafening whimper for Prime Minister Fredrik Reinfeldt as a January 1st poll gave his cabinet the lowest approval rating since the ministerial popularity survey was first launched twelve years earlier.

At the end of the month, after much gnashing of teeth, prosecutors finally pressed charges against four people associated with file-sharing site The Pirate Bay. Several false starts later, the case is due to go to trial sometime in the spring.

As UK politicians became increasingly enamoured with Sweden’s prostitution laws, The Local examined the results of the country’s unusual legislation.

As Sweden slashed the proportion of asylum seekers from Iraq allowed to remain in the country, The Local ran a three part series on Södertälje, the grandaddy of the country’s Iraqi enclaves.

On an entirely different note, new Swedish research showed that, many centuries before the dawn of the mini skirt and the bikini, and contrary to popular belief, Viking women were no strangers to figure-hugging fashions

But the big news at The Local’s offices was the timely birth of our German sister site, www.thelocal.de. Born on February 29th, the Berlin baby only has to wait three more years for her first birthday.

Another renowned Swedish company, truckmaker Scania, also slipped away from Swedish shores, with Volkswagen acquiring the pride of Södertälje.

But while it may have lost its vodka and trucks, Sweden was quick to make up for the loss by stocking up on sex toys at the state-run pharmacy chain.

Meanwhile, as the government continued to dither over finding a solution to a long-running ID card problem, foreign students reported feeling increasingly marginalized.

Just a few weeks on from the brutal murders of two young children in Arboga, Sweden was rocked by news of the killing of 10-year-old Engla Juncosa Höglund.

April also saw the beginning of a lengthy nurses strike as healthcare workers left their workplaces en masse in an ultimately fruitless bid for higher wages.

Car owners were left clutching their wallets in despair when skyrocketing oil prices sent the cost of petrol into orbit.

Across the Atlantic, the US Congress welcomed Södertälje mayor Anders Lago and heaped praise on Sweden for taking in thousands of Iraqi refugees.

As observers began to note that Sweden was becoming less inclined to take in asylum seekers, a bill was passed denying undocumented migrants the right to subsidized public healthcare.

The Armed Forces faced one its toughest battles as budgetary cutbacks prompted the country’s top military official to proclaim Sweden no longer capable of defending its borders.

The early days of summer were dominated by a row surrounding the introduction of a new signals intelligence law. The legislation was passed, but the fallout appeared to catch the government completely off guard, as the debate rumbled on for several months.

Also under scrutiny was the notion of free education for foreign students, as Education Minister Lars Leijonborg indicated that visiting scholars would soon be required to pay fees.

There were also early sign of the impending car industry storm as Volvo announced it was to lay off 1,200 workers in Sweden.

I’ll cry if I want to: Eight-year-old caught up in birthday card outrage

The Local was inundated with curious emails in July after writing about a Swedish town that was offering a reward to anyone brave enough to move there.

The members of Abba joined forces for the premiere of Mamma Mia just weeks before the inauguration in Stockholm of the Europride festival, where the fäb four were again very much in demand.

Finally, as if it was ever in any doubt, a VisitSweden agency survey confirmed that if foreigners thought of Sweden at all, they thought mainly of breathtaking blondes and magisterial elks.

Sweden’s Olympians flattered to deceive in Beijing, as one by the one the country’s gold medal hopefuls fell by the wayside. When wrestler Ara Abrahamian dumped his bronze medal in protest, it typified what had been a disappointing summer for Swedish sport after the national football team had crashed out of Euro 2008 in the group stages.

Back in Sweden, Foreign Minister Carl Bildt made no friends in Moscow with his invocation of Hitler to describe Russia’s actions in the Caucasus conflict.

With the autumn budget came the long-awaited news that the national tax agency would be tasked with issuing ID cards to immigrants.

In politics, Fredrik Reinfeldt seemed set to suffer a true annus horribilis as the opposition extended its lead in the polls to a massive 19.1 percentage points.

With the United States sinking ever deeper into the financial mire, the Bush administration looked to Sweden’s successful 1990s bank bailout for inspiration.

But if ever there was a sign that all was not well in the state of Sweden, it came in the form of news that the national debt collection agency was itself mired in debt. And ff the debt collectors were in dire straits, what chance did the rest of us have?

Hardly an hour passed in October without the finanskris rearing its hideous head.

Regular Jennys and Johans everywhere said they were starting to feel the pinch; the stock exchange was up and down like a yoyo; all the fizz was removed from a hitherto effervescent housing market; the krona embarked on a precipitous new journey; companies were going bankrupt quicker than you could say Lehman Brothers; and parliament passed a trillion kronor financial aid plan.

But with Finance Minister Anders Borg busy cementing his popularity through uncompromising verbal attacks on banks unwilling to play by the new rules, the Alliance, amid all the chaos, began clawing its way back into public favour.

A lengthy media spectacle drew to a close as German woman Christine Schürrer was found guilty of murdering two children in Arboga.

When push came to crunch, investment bank Carnegie capitulated and was duly nationalized; Swedbank finally heeded Borg’s call and signed up to the crisis fund; consumer confidence hit its lowest level since records began; and the finance minister took absolutely nobody by surprise when he warned there was probably a recession on the way.

Though the timing was hardly impeccable, Sweden stuck to the schedule and said hej och välkomna to migrant workers from outside the EU.

Oh, and some guy called Obama won some election.

Air control to major spat: Ryanair ‘defends right of Swedish girls to take their clothes off

The Social Democrats, Left Party and Green Party ended months of speculation by agreeing to run on a common platform for the 2010 election. But the move did nothing to halt a sustained poll slide for the Social Democrats as the government continued to eat into the opposition’s lead.

Volvo and Saab were forced to slam on the brakes as their respective US owners indicated that the Swedish car makers would likely be put up for sale.

With job losses mounting over the Christmas period, economists were expecting unemployment figures to soar in 2009. In keeping with the general mood, The Local’s cartoonists end the year with a somewhat muted bang.

As if people weren’t already sufficiently rattled by the shrinking economy, nature came along and produced an earthquake to scare the living daylights out of unsuspecting southerners.

That’s about it for 2008. All that remains is to wish all our readers a very Happy New Year!