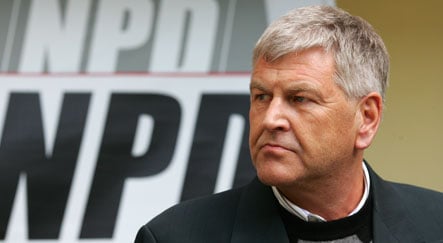 The daily Frankfurter Rundschau reported on Wednesday that the far-right party’s chief ideologist Andreas Molau has announced he will challenge Voigt for his leadership position at an NPD gathering early next year. The party needs “new courage and new ideas,” the 40-year-old said in a letter obtained by the paper.

Molau has apparently garnered the backing of several other key NPD members for his candidacy including state parliamentarians Holger Apfel and Udo Pastörs, as well as the party’s secretary-general Peter Marx.

Together they hope to bring the neo-Nazi party the sort of prominence that “other European right-wing parties have already for the most part achieved” during the federal, state and European elections Germany will hold in 2009.

“He’s certainly capable of doing just that,” Bernd Wagner, head of a project to help people leave the far-right scene, told the paper.

Wagner said Molau was cleverer and more ruthless than Voigt and that he was not afraid to mix with violent neo-Nazis and fanatical xenophobes. “He will try to balance being radical with pragmatic.”