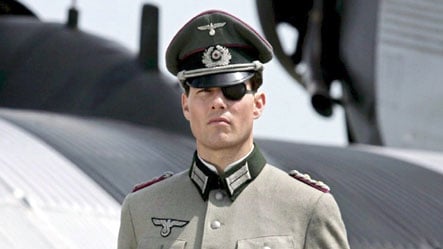 “All I can say is that I was deeply moved by the experience,” Cruise told Bunte magazine in comments translated into German.

In the film, which premiered in the United States on December 25 and opens in much of Europe next month, Cruise plays Claus Schenk von Stauffenberg, a Prussian aristocrat who played a key role in a July 20, 1944 plot to kill Hitler.

Von Stauffenberg placed a bomb under a table in Hitler’s eastern headquarters in East Prussia, in modern day Poland, but the German leader escaped with slight injuries because the briefcase was behind a solid leg of the oak table.

Von Stauffenberg and other conspirators were rounded up and executed by firing squad – a fate which Cruise said saddened but also inspired him. He also said it was one of his most challenging parts.

The filming of the movie caused unease in Germany because of fears of how Hollywood would treat the episode and because of Cruise’s membership of the Church of Scientology.

Authorities initially denied the makers of “Valkyrie” permission to film at the Bendlerblock, a complex of buildings in Berlin where Operation Valkyrie was planned and where von Stauffenberg and other conspirators were executed.