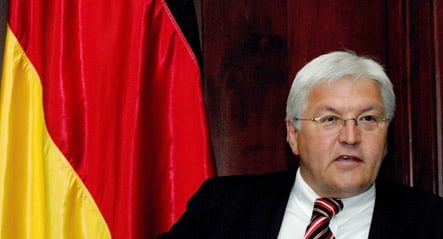 But he warned that German cruise ships should not expect much sympathy if they ventured into some of the most dangerous waters in the world. “If German shipping companies are calling for protection, they should seriously consider sailing their ships under the German flag,” he told the Bild am Sonntag weekly.

He added: “To make it quite clear, the waters off the Horn of Africa are not a region for tourist cruises at the moment.”

Steinmeier said that the German navy, which is sending a frigate as part of a European force combatting pirates, “cannot protect every ship.” Vessels carrying humanitarian aid for Somalia would have priority, he said.

Germany’s tourist federation demanded last week that German cruise ships crossing the Gulf of Aden should each be escorted by a warship.

The German-based Hapag-Lloyd shipping company said Tuesday that one of its cruise ships, on a round-the-world tour, was dropping off its passengers before sailing through the Gulf of Aden as a safety measure, flying them on and picking them up later. It said the German government had refused to provide an escort to the MS Columbus because it is Bahamas-registered.

Earlier this month, a German frigate fired warning shots at two suspect speed boats heading towards a cruise ship, the MS Astor, off the coast of Yemen.