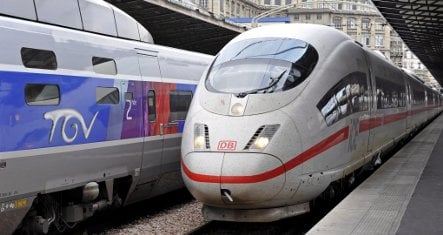 “We no longer want to accept the lack of reciprocity between Germany and France,” Bahn boss Hartmut Mehdorn said in a letter sent to French counterpart Guillaume Pepy.

“The opening of the German market has advanced further than in France,” and “the SNCF, like other French companies, profits greatly while we and other foreign companies always come up against the same problems in France,” Mehdorn said.

Those problems included “a closed market for passenger transport, a market that is theoretically open but inaccessible for urban transport, and major obstacles” in the freight sector, he added.

Mehdorn also said he was “surprised and affected” by strong attacks last week by Pepy against Deutsche Bahn.

Pepy claimed that a Bahn subsidiary had hacked into the SNCF computer system to try to hire train drivers away from the French group. The accusation “was groundless” Mehdorn said.

He added that the German railway had “not yet begun any official approach” towards investing in the high-speed Eurostar train that connects London with Brussels and Paris.

British press reports have said Deutsche Bahn would like to buy the part in Eurostar now owned by British interests, which Pepy had said was “premature, pretentious and arrogant.”

Tension has risen between the French and German rivals in particular since Deutsche Bahn and the Italian railway complained about a lack of European competition in a letter to the European Commission.

The German company has also sought recourse in court against the attribution in October of the public transport market in the southwestern French city of Bordeaux to the French group Keolis. It had previously been operated by the French company Veolia.