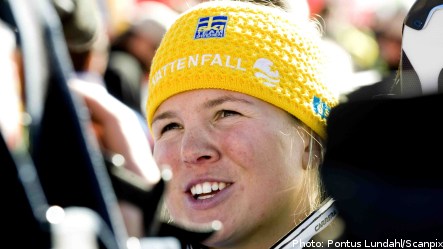 Pärson has had a troubled start to the skiing season and had only a seventh place finish as her best performance to date in the slalom event.

The 27-year-old former world champion lay in third after the first run but a series of small mistakes in her second run led to her dropping down the rankings, 2.66 seconds behind the race winner, German skier Maria Riesch.

Riesch was followed by US skier Lindsey Vonn who claimed second place and Austrian Kathrin Zettel who claimed third 0.03 seconds ahead of Pärson.

TRAVEL
UPDATE: Where in Europe will it be possible to go skiing this year?