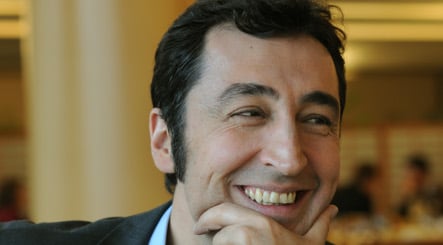 In the wake of America’s historic election earlier this month, there’s been a scramble across Europe to find British, French and German versions of Obama. The president-elect will become the first African American to hold the country’s highest political office.

Commentators on both sides of the Atlantic have talked of the United States becoming the first post-racial western democracy and some have asked whether the same thing could happen in London, Paris or Berlin.

Plenty of minorities are politically active throughout the European Union, but they still face thick glass ceilings making it unlikely there will be an Indian-British prime minister at 10 Downing Street or a Senegalese-French president in the Élysée Palace any time soon.

Germany, sadly, is no different despite marking an important milestone this weekend: Cem Özdemir became the first person of Turkish descent to head a major German political party after being elected as co-leader of the environmentalist Greens on Saturday.

But Özdemir has no illusions about becoming Germany’s very own Obama.

“We have a lot of work to do before one day it no longer matters if someone has ancestors from Kazakhstan, from Anatolia, or whether they fought the Romans in the battle of the Teutoburg Forest,” Özdemir told Süddeutsche Zeitung on Monday. “Germany is still a developing country as far as having an open society goes.”

Of course, the United States is not Europe. Whereas America has always been a land of immigration, most EU nations have accepted foreigners on their shores by default, not design. Britain and France only become multicultural societies in the second half of the 20th century because of their colonial ties. Many Germans still consider their country to be neither multicultural nor a land of immigration, even though the millions of Turks who helped create West Germany’s post-war economic miracle have lived here for decades.

Your average German would probably agree that the Turks and other foreigners have enriched German society, but would he or she vote for a Turk as chancellor?

Cem Özdemir isn’t likely to lead Germany anyway as the head of what is presently the country’s smallest opposition party. But that doesn’t make the question any less valid.

Do Germans consider him an “Anatolian Swabian,” as he jokingly refers to himself, or do they see him and the millions of other people with Turkish roots living in Germany as simply tolerated guests in their country?

If language can offer insight into the collective consciousness of a nation, Germany has quite a way to go before there will be someone named Özdemir or Yilmaz taking up residence in the Chancellery in Berlin.

In the United States Barack Obama is an African American – that is, he’s an American who happens to have African roots. “African” is simply a modifier of his Americanness, just like there are countless other incarnations – such as Asian Americans, Irish Americans, and Italian Americans who are all simply variations of a single nationality.

That’s still not the case in a country like Germany that long clung to the concept of blood over birthright as a qualification for citizenship.

Özdemir this weekend made clear he was a “German of Turkish origin,” but the vast majority of Germans would probably label him a Deutsch-Türke – or a German-Turk. Even though he was born in Germany and carries a German passport, linguistically he remains a Turk who happens to have “German” as a hyphenated adjective to describe his identity.

But Özdemir knows who he is and where he belongs. And that’s an important first step.