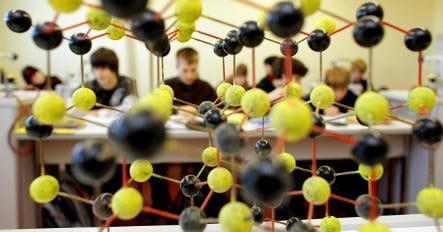 With the latest European PISA (Programme for International Student Assessment) results due to be released on Tuesday, Dr. Heinz J. Ebenrett says his data matches a north-south divide in German education.

Based on his 1998 tests of 248,727 young men between 18 and 21-years-old, the former head of the Bundeswehr psychological service theorized that the smartest German men are from the southern states of Bavaria, Baden-Württemberg and Saxony in the east. Men of “well below average” to average intelligence are often from the country’s northern states, which have underperformed on PISA tests in the past.

Ebenrett published his study in 2003 in magazine Das Parlament to little notice, but says the results reveal more than just a means of confirming stereotypes formed by PISA, because the result also seem to reflect socio-economic trends in Germany.

“Limited economic power results in deficits in the education system and quality of life,” he told news agency DPA. “This affects the intellectual development in children and youth.”

Meanwhile high rates of unemployment create a “shrinkage of intelligence potential” through the brain drain effect, he said.