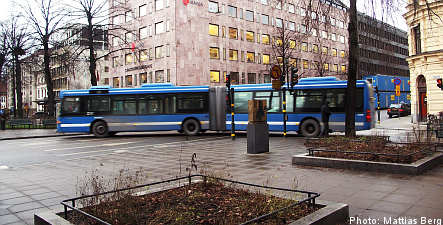 In a comparison of 24 of major cities around the world, Stockholm ranks as the fourth most expensive when measured by the price of consumer products.

Oslo, Copenhagen, and Paris are more expensive, while Shanghai, San Francisco, and Vilnius are among the cheapest according to the study, which was carried out by the price comparison website Pricerunner.

“Combining shopping and travel is still a profitable tactic for conscientious consumers. If you travel a lot, it’s possible to save thousands of kronor by purchasing products where they are cheapest,” said Pricerunner’s head of marketing in Sweden, Victor Dahlborg, in a statement.

Not surprisingly, alcohol prices play a large part in making Stockholm an expensive city. But other goods like coffee, tampons, and diapers also cost more in the Swedish capital.

Lovers of the McDonald’s Big Mac may want to avoid Oslo, where the classic hamburger costs 42.51 Swedish kronor ($5.22), more than in any other city surveyed.

And while Stockholmers are proud of their penchant for public transportation, they certainly pay dearly for it, according to the Pricerunner study: a bus ticket in Stockholm costs 30 kronor, more than in any other city included in the comparison and more than double the average price of 14.55 kronor.

When comparing other products, prices in Stockholm for milk, DVDs, an Apple Macbook, mobile phones, and tennis shoes were relatively low.

Other products for which Stockholm had among the highest prices include movie tickets, a can of Coca Cola, and video game consoles.